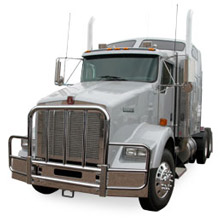 1 out of every 8 people killed in a traffic accident in the United States is killed in an accident involving a tractor trailer / semi truck. Every year, 500,000 large trucks, or "semis," are involved in accidents on our roads. Of these, 5,000 involve fatalities and over 94,000 crashes resulting in injury. In crashes between passenger vehicles and large semi truck, the ration of occupant fatalities is about 21 to 1. In fact, one out of every eight traffic fatalities is caused by a collision with a large truck. Not surprisingly, most of the deaths and injuries involve the passengers of the vehicles struck by tractor-trailers. Truck drivers typically escaped unscathed.

According to safety experts the number one cause of big rig accidents is truck driver fatigue. New rules implemented by The U.S. Department of Transportation's Federal Motor Carrier Safety Administration (FMCSA) in 2003 allow drivers to drive 11 hours after 10 consecutive hours off-duty. Also, drivers may not drive beyond the 14th hour after coming on-duty, following 10 hours off-duty. Similar to existing rules, drivers may not drive after being on-duty for 60 hours in a seven-consecutive-day period or 70 hours in an eight-consecutive-day period. This on-duty cycle may be restarted whenever a driver takes at least 34 consecutive hours off-duty.

There are several reasons why semi truck accidents are so dangerous: size, speed and driver fatigue. A fully loaded, over-the-road semi truck is a huge piece of machinery. When you put something like that on the road at speeds topping 60 miles an hour you get a monster that can run over anything in its path. Tractor trailer / truck drivers are under constant pressure to move cargo and then, add the growing problem of truck driver fatigue. Often semi truck drivers have 16-hour days which are not uncommon.

In 2004 alone, an estimated 200,000 new trucks were registered in United States. One would hope that the new trucks would be safer, however this is not necessarily the case. In many instances, the cabs of large trucks are designed to do little more than keep out wind and rain. Relatively minor crashes, especially those not involving other vehicles, can and do often result in catastrophic injuries to truck operators and passengers. There is a need for federal regulation or efforts by truck manufacturers or trucker trade unions to provide rudimentary safety measures to protect truck drivers. For safety of the truck drivers, doors should stay shut, windshields should not pop out, and some type of safety cage should be available.

Newly registered trucks and ever expanding fleets of trucks results in greater competition. Drivers are under increasing pressure to deliver faster in order to remain competitive. While regulations state that a big-rig operator can only "drive" for 10 hours per day, and must have 8 hours off for each 10 hours of driving, there is also load/unload time, often involving hours of physical labor. It is not surprising that truckers admit to falling asleep at the wheel. Many times the truckers' 10 hours of driving begins after hours of physical labor getting the load ready to go.

Unfortunately, when a 2000 pound automobile is involved in an accident with an 80,000 pound tractor-trailer, even the best of passenger vehicle design may not prevent catastrophic injury.

If you have been injured or lost a loved one due to an accident involving a big rig, you may be able to recover money to compensate you for your medical bills, pain and suffering, lost wages and other costs arising from this tragedy. A Florida personal injury lawyer can guide you through the process and fight to protect your rights.

Free consultation: There is never a charge to talk to an accident attorney at the K.L. Foote Law Offices. With a principal office in Pasco County, and other offices across Florida, and the willingness to make house calls, our attorneys will be there when you need them. We handle all cases on a contingency fee basis. No charge unless we win!

Contact one of our Florida Big Rig Accident
Attorneys for a FREE consultation. 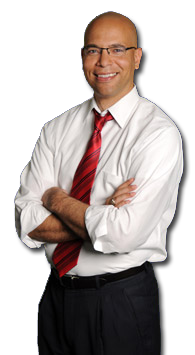